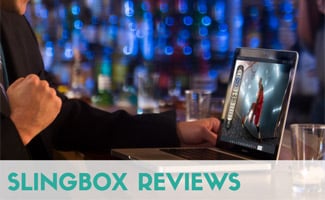 As technology has advanced it has become commonplace to take tech on the go. Slingbox is another example of this type of mobile technology. Slingbox allows television watchers to stream their programming no matter where they are as long as they have access to the internet. We have compiled Slingbox Reviews of the two types offered.

While many people use the term “Slingbox” to refer to a general device, the term is actually a brand name product like Coke or Pepsi. Slingbox is produced by Sling Media, a subsidiary of the EchoStar Corporation out of Foster City, California. Sling Media Inc. focuses on audio and video placeshifting technology and their flagship “Slingbox” was released in to the U.S. market on July 1, 2005. Sling Media Inc. was founded in just 2004 upon an idea formulated when two brothers realized that they needed a solution for catching the 2002 MLB games despite traveling for work. The two brothers, Blake and Jason Krikorian built up their company which was acquired by EchoStar in September of 2007 for around $380 million.

What Exactly is a ‘Slingbox’?

A Slingbox is a brand name of one of two available devices from Sling Media Inc. Both of these devices are designed to allow for users to stream TV media by encoding the video signal. The box encodes video in to VC-1 format so that it can be transmitted over the internet. The box also provides what is referred to as an infrared blaster. This term refers to the ability to autonomously control a device as if by remote control without actually possessing a remote control for it. By encoding this information to allow it to be

transmitted over the internet, the Slingbox allows users to view and remotely control their satellite, cable or personal video recording system at home through a computer using a broadband internet connection.

Placeshifting is a term commonly referred to when talking about Slingboxes. This term refers to the ability to access content on one particular device through the use of another device located in another location.

What Slingbox Products Are Available?

As of July, 2015 there are four Slingbox products that are on the market: Slingbox M1, Slingbox M2, Slingbox 500 and Slingbox 350. Depending upon what you want to get out of your Slingbox, you may find that you need the upgraded boxes.

The only big difference between the M1 and M2 is that you no longer have to pay for the Slingplayer app on each of your devices. With the M1 you had to pay $15 a piece. The M2 also lets users shift content from their mobile device to a TV via Apple TV, Chromecast, Fire TV or Roku.

The SlingBox 500 has the same offerings as the M1 & M2 in addition to more features. It offers YouTube integrations, movies on Blockbuster On Demand and HDMI port. The 350 includes a USB port only. The SlingBox 500 costs $299.99 and the 350 costs $134.99. See the table below for full features.

Common Features with Both Slingbox Options

Both Slingbox options offer a number of common features.

Have you used Slingbox before?

About The Author: Alex Schenker

Alex holds BS degrees in Management Science from the University of California at San Diego, and Computer Science from the New Jersey Institute of Technology. He is honored to share his nearly two decades of experience in home security and automation, cybersecurity and identity theft protection with our readers.

He realized it was time for a home security system when his neighbor’s house got broken into. He has tried to stay ahead of the curve by proactively applying security technologies and software that protect not only his home and family but his personal identity, sensitive information and finances.

In his spare time, Alex enjoys playing tennis, going on hikes with his wife and dogs and surfing.

newest oldest most voted
Ron
A friend of mine just moved to London. He figured with the time difference, it would be pretty rare for us both to be watching TV at the same time. Since I have DISH Network, he said he would like to buy a Slingbox for me, and then he could watch all of my channels while I’m not watching tv. Seems like a good idea on the surface, but I’m concerned this might be against the user agreement. Does anybody have experience with a situation like this? Is it against DISH or Slingbox’s terms of service? If it is, I’m not going to mess with it, but I can’t find any info anywhere.
Vote Up0Vote Down  Reply
All Content © 2020 Cover Story Media®, Inc. All Rights Reserved. Safe Smart Living® is a trademark of Cover Story Media®, Inc.
Contact | Privacy Policy | Terms of Use | Disclosure
You are going to send email to
Move Comment