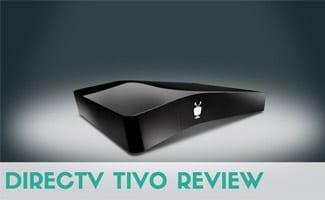 A few years ago, DIRECTV joined with TiVo to bring viewers the TiVo HD DVR. The TiVo HD DVR gives users the ability to customize their TV watching experience by controlling what family members watch and by allowing users to watch shows in high-definition. There are now other DVR options from DIRECTV and other cable/satellite TV providers but TiVo paved the way.

DIRECTV is a satellite television programming company that offers users a more customizable approach to watching television. DIRECTV is an American based company located in El Segundo, California. The company first launched its service in June of 1994 and has since become a satellite television provider for the United States, Latin America and Anglophone Caribbean. As of mid 2014, DIRECTV had over 20 million subscribers.

TiVo is a name used to reference both the company responsible for creating TiVo software and the TiVo digital video recorder itself. The TiVo device was first introduced by the TiVo Company in 1999 as a method for users to customize their television viewing experience.

The TiVo device provides an on-screen guide to television viewers to allow them to utilize viewing services such as the season pass feature and the Wish List service. The Wish List feature on TiVo also allows users to find suitable programming through various search features including: actor, director, title, category and keyword.

TiVo’s season pass feature allows viewers to set up scheduled recordings for every new episode of a specific series, ensuring that even if viewers are unable to watch their favorite show as it airs, it will record all new episodes for later viewing without getting cluttered by recordings of reruns. In addition to these features, once TiVo is connected to the home internet, network users can utilize the service to access downloadable content, view personal photo files, schedule recordings online and use advanced search functions.

The Implementation Of TiVo In DIRECTV

In early 2012, DIRECTV introduced the TiVo HD DVR as a service offered to DIRECTV clients. This TiVo device works much like other DVR services offered by cable companies in the United States, but allows for high-definition recording of DIRECTV programming. The DIRECTV TiVo offers a number of services to DIRECTV clients that have previously been unavailable; however, it is not the only receiver option for DIRECTV customers.

Is TiVo Still Available Through DIRECTV?

DIRECTV seems to have discontinued the use of TiVo and the company is making it difficult to learn more about it. If you click through this link, you’ll see TiVo listed as a receiver option. However, if you click the “more info” link, you are directed to the Genie page.

This leads us to believe DIRECTV is no longer offering TiVo and the receiver is going away. If you are considering DIRECTV, you should consider the Genie as a receiver option instead of TiVo. The Genie has many more features compared to TiVo.

Comparing TiVo To Other DIRECTV Receivers

TiVo vs The Standard DIRECTV Receiver

The DIRECTV standard receiver allows users to customize their channel guides, search up to three and a half days of TV programming and set up parental controls. The standard DIRECTV receiver is completely digital. Users cannot; however, record or schedule any programming. Simply put, the only thing that this receiver has in common with the TiVo receiver is that it allows parents to control adult content access.

TiVo vs The HD DIRECTV Receiver

The DIRECTV HD receiver stands apart from the standard DIRECTV receiver in that it allows users to access a picture resolution of up to 1080i. The HD receiver also allows viewers to view 3D television programming on an HD 3D television.

While this receiver does offer HD programming options, it is still simply a receiver and does not act as a DVR — programs cannot be recorded. However, like the new DIRECTV TiVo, this receiver offers parental control of programming as well as HD viewing.

The Genie Lite allows you to connect up to 8 TVs wirelessly with only one HD DVR. Watch HD TV and record up to 5 shows at once. You can watch 2 channels at once too. Note that you must have the Genie Lite HD DVR Kit to be able to do all of these things. So, for each additional TV you have, you must have a Genie Mini connected to that TV.

Unlike the DIRECTV TiVo standard and HD receivers, the DIRECTV DVR receiver is more comparable to the TiVo by providing recording of programming. The DVR receiver also allows for mobile access to DVR settings so that users can set up program recordings through smart phones and other internet devices.

This receiver has been named the winner of PC Magazine’s Readers Choice Award for the Best DVR. While this receiver does offer program recording, it does not allow for high-definition recording. This basic DVR receiver allows for two hundred hours of television programming in standard definition (an ability also found in the TiVo) in addition to parental control of programming.

Like the TiVo, this receiver also offers instant access to over seven thousand shows and movies on demand, allows users to view live television in high-definition and provides parental controls. Above and beyond those features matched by the TiVo receiver, the HD DVR receiver also offers users access to approximately four hundred of the latest movie releases, and gives users the ability to record and watch programming in any room of the house with only a single HD DVR receiver.

Users with this receiver option can also utilize their iPad tablet as a remote control for their television. In 2011, the DIRECTV HD DVR option was named the winner of PC Magazine’s Readers’ Choice Award for the best DVR.

DIRECTV Genie does everything the other HD DVRs do and more. The Genie is the top tier when it comes to DVRs from DIRECTV. The Genie records up to 200 hours of HD TV and it has the ability to deliver 4K programming to a 4K TV. Ultimately, if you’re looking for the best viewing experience as well as the most recording options, this is the DVR to go with.

Currently there are nine programming options available to new subscribers of DIRECTV. Each of these programming subscriptions comes with a free receiver depending upon the package selected.

You can review the package options here and see them in contrast with their primary satellite competitor.

TiVo, in its most simple form, is what is known as a digital video recorder or “DVR”. TiVo is simply a large data storage unit or hard drive that connects to the source of your television data, be that cable or satellite dish provider. When TiVo is installed, you have the capability to have it record shows for your viewing pleasure on demand. When your desired show comes on, TiVo recognizes it and begins recording so that you can see it at a later date.

What makes it even more appealing is that you have the ability to either fast forward through advertisements and commercials, or simply omit them from the recording altogether. In its early days, TiVo was revolutionary in allowing media viewers to only watch the shows that they wanted to, watch them on their own schedule, and to streamline the experience by eliminating unwanted ads. A simply brilliant design that met all of the consumer needs.

But that is not all TiVo does anymore. Other companies have entered the DVR marketplace, DIRECTV included, and can give you the ability to record your favorite programs just as TiVo does. So TiVo has had to add to their value set by making their service a stand-alone multimedia provider. In addition to the hardware containing a massive hard drive, it also has the ability to connect to the internet and stream content straight to your television.

Streaming video and data is a true frontier of the data age. Companies like Netflix, Hulu, and Amazon all have streaming video functions that you can access from your computer as well as other in-home devices. Consumers love the fact that they can browse literally thousands of choices and simply click on what they want to see. Now their TiVo boxes can do that as well.

By establishing partnerships with other companies such as Netflix, Hulu, YouTube, and many others, TiVo can now say that you no longer need any other service provider to fully enjoy their service. With these other options at your disposal, you can now watch videos on demand in high-definition whenever you want. You can also download them to your TiVo hard drive and keep them for viewing at a later date.

Furthermore, your TiVo box can become the global media hub for your entire household. By connecting it to the same network as your PC, you can share files to your TiVo box from your computer hard drive and potentially stream music or video to your television. You can also access your TiVo account online from literally anywhere in the world and update your preferences. You can tell your TiVo box what you want it to record and for how long, no matter where you are.

Learn more about TiVo in the video below:

What do you love most about your DIRECTV DVR?