What Is The Average Police Response Time In The U.S.? 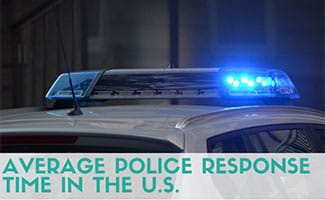 When you call 911, you expect the police to be there immediately. Unfortunately, that’s not always the case. Average 911 response times vary widely based on many factors, including where you live and the severity of the crime.

The average response time for a 911 call is 10 minutes0. The urgency of these calls varies based on the type of emergency.

It’s not just about how high a priority your call is. Additional factors can determine response time.

How Long Does It Take Police To Arrive? It Depends On The Crime

What Is The Average Police Response Time To An Active Shooter Event?

Unfortunately, active shooter situations have become far too common. Because of this, police departments have made this an extremely high priority, and response times average 3 minutes around the country.

What Is The Average Police Response Time By City?

There’s no fair way to truly compare average police response times by city or metro area. Why? Average police response time data is not recorded by a national organization and there are simply too many city-specific factors that affect response times. Some police departments, for example, cover much larger geographical areas; while others experience more traffic. Further, there is no standard for how often this should be compiled or if it is even available to the public, so the years of collection vary. If you have more current data for one of these cities, please provide it in the comments below.

Here’s our report on average police response time for 10 major U.S. cities. These have been ordered from fastest to slowest response times, but keep in mind that the collection means, years, etc. vary widely. THESE ARE NOT RANKINGS.

Chicago has a reputation for being a high crime city, however, they have been able to keep police response times for high priority calls down to 3.46 minutes3. We were unable to find their average response time across all 911 calls, so we hesitate to praise Chicago as the most responsive city overall.

Los Angeles tops our list for most responsive city with a reported average police response time of 5.7 minutes3. This is significantly better than that reported by any other city we researched.

7 minutes is the average response time to priority calls in Seattle. However, according to the Seattle Times, they are missing that mark when responding to certain areas and certain report types, including domestic violence7.

Even though Dallas strives to keep response times under 8 minutes, they are averaging just over 8 minutes for the highest priority calls8.

The Miami Dade Police Department has made it a priority to work toward a goal of an 8 minute response time. High priority calls are currently averaging just over 8 minutes9.

New York City has an average police response time of 9.1 minutes. Serious crime response was shown to be much quicker at 4.6 minutes, but for non-critical situations, the response time is 13.3 minutes3.

The City of Atlanta has improved police response times by diverting medical calls to a local hospital for dispatch. That being said, the average response time is still 9 minutes and 35 seconds6.

Houston’s average police response time for all major crimes has increased in the last 5 years. The most serious calls now average 10 minutes5.

Average police response times are improving in Denver. However, they are still higher than in most cities. Between 2013 and 2016 response times for priority calls went from just over 15 minutes to just under 13 minutes4.

Average police response time data is not recorded by a national organization so we collected data from each city’s local reports. There is no standard for how often this should be compiled or if it is even available to the public, so the years of collection vary. We pulled together as many of the major cities as possible based on publicly disclosed reports but the data years differ widely, based on when it was compiled in each city. For this reason, some major U.S. cities may not be included in our list.

Here’s the most common questions we get on police response times. Don’t see yours? Ask below!

What Is The Average Police Response Time To A School?

Typically, campus police response times should be quicker than local law enforcement due to their proximity (i.e. less distance to travel). But the actual response time on your campus is going to depend on the security and response measures that are in place. Examples of security measures include video cameras and elevator calling systems. We recommend you get in touch with your institution for details. If you don’t mind sharing your findings in the comments we’d love to hear what campuses across the nation are doing to keep their student body safe! 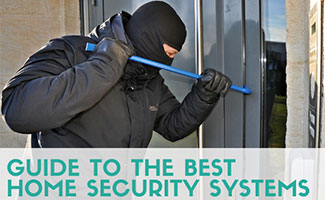 Were you surprised by any of these police response time statistics?

About The Author: Julie Fritz

Julie has been writing professionally since 2012. She is an active volunteer for a local arm of Everytown for Gun Safety, the largest gun violence prevention organization in the country. Everytown does comprehensive research on gun violence and makes recommendations on how we can all make our communities safer. Her involvement with this organization has given her invaluable information about how to keep our kids safe.

She enjoys writing not only about gun safety, but from family-related content to informative articles about technology, events and healthcare. In her free time, you might find her hiking, trail running, biking or swimming. You might also find her in the kitchen where she loves to cook and bake.