Can you imagine the number of people per year who have their identities stolen? Companies can guess all they want on this number, but the reality is that we can’t truly determine how many victims there were because many people don’t realize their identity has been stolen until years later.

What Is Identity Theft?

What is identity theft? As defined by Merriam-Webster, identity theft is the illegal use of someone’s personal information (such as a Social Security number), especially in order to obtain money or credit.

We asked our community for identity theft case examples. Unfortunately, we got plenty of horrifying stories in return. Below are some recent identity theft stories from real people.

“Somehow an app I downloaded on my phone took my credit card information and charged me $40-50 for it when it was $1. Then a month later I had someone open up a Walmart card with my bank account number and got charged $60-$70. My bank canceled everything and I just got back the $40-$50 charge but am waiting on the $60-$70 still. It was a scary situation. I got charged over draft fees and luckily my bank understood and took back those fees also. They said the $40 charges were from the UK.”

“I have an identity theft protection service and my phone started going off over the 4th of July weekend. Each notice was “Did you attempt to open a credit account with this merchant”. I probably got 4 or 5 of them. Once the holiday was over, I was able to see that someone got a hold of my SSN and Drivers License number and tried to open credit accounts at quite a few merchants. Most were not opened, but the thieves were successful in opening 3 or 4. It was a pretty painless process to contact those merchants fraud departments and flag them. I get the feeling that every major merchant has these departments now. The accounts were closed and the merchants notified the credit bureaus that they were fraudulent. I feel very fortunate that I had identity theft protection in place, because if I didn’t find out about these accounts until months down the road, my credit could have been severely affected. I now have credit freezes in place.”

“I’ve been notified twice about my identity being stolen. I don’t know how my identity was stolen, but I received two separate letters (one for each occurrence). The letters told me that the government had a large scale breach in which a large volume of former and current employees’ personal info had been stolen. They stated mine had been one of those. They also said they were going to provide identity protection services (CSID and MyIDCare) secondary to the fact that my identity had been stolen. The first instance I was offered identity theft help from an online company that they were providing 5 years free coverage. The second time it was a different online company and they were providing 10 years free coverage, I believe. Nothing seems to have come of it up to this point. The companies email me when something happens (most of the time it’s registered sex offenders living near me, but it’s also notified me of our mortgage and other financial things). I try to keep an eye on my stuff independently as well.”

“Back in 2011 when I was an independent IT contractor, I used a credit card to buy equipment for customers. And then a supplier called and told me the card was denied. I called US Bank and spent more than an hour on the phone with the Fraud department. Kim was great. Since I’m an IT Security professional, I wanted my attackers to learn they’d picked on the wrong victim. Kim and I chased down every attempted fraudulent transaction. We even talked to one of the sales clerks, who had an address in Florida for one of the attackers. Kim and US Bank were great. They did everything right, including denying more than $14k in attempted fraudulent transactions and helping me chase down all the transactions. I wish I could say the same for law enforcement.

I packaged all the information we’d gathered for the FBI – names, dates, addresses, transaction IDs, merchants – and then nothing happened. The FBI agent I spoke to here in Minneapolis said he was sending it to Florida where the fraudulent transactions occurred, and then it disappeared into a black hole. Nobody tried to catch my impersonator. As far as I know, this clown is still stealing from people to this day. And that, combined with carelessness of organizations who keep copies of our personal information, explains why identity theft is so prevalent.”

“I got a call from my credit card company asking me if I recognized a particular transaction. At first it almost fooled me because there was a list of valid transactions before one that I clearly didn’t make. They also were able to tell that the card had been used at a Walmart in Florida. They issued me a new card, cancelled the charges, and I went about my way updating all my stored cards online. Shortly thereafter, I get another call from my CC company, and I’m thinking “no way – I’ve barely used the card!” But this time it was for my business card. I asked them how this happens and they said one way is that criminals install card skimmers in P.O.S. terminals (where you swipe your card when you checkout). They only need it installed for a short while, are able to grab all the cards that are swiped, and then typically they make off with several thousand dollars.

So it occurred to me that, given the short amount of time between incidents, I could cross-reference my two credit card statements and see if there was a common merchant. There indeed was – a local sandwich shop. I called them and told them to check out their terminal. The manager wasn’t very helpful but maybe it helped identify the issue and prevent other people from getting scammed. At any rate, since then my cards have occasionally been compromised.

There’s two things I’ve done that seem to have reduced the incidents, or at least the time it takes to get going again with the fresh card: 1) Use Paypal whenever possible to pay online, then if my card number changes, I only have to update it in one place; 2) Add an RFID blocker to your wallet, or purchase an RFID wallet to keep your card in (if successful, prevents scanners from being able to read your card remotely).”

“I’m not sure if it’s ID fraud, but I definitely got scammed. It turns out that when you pay at the pump there can be card readers that make a carbon copy of your magnetic strip when you swipe or dip your card which they can then put onto a gift card or other ‘fake’ card and use at a local ATM. This happened to my husband. He bought gas with our joint debit card and they next thing we knew, someone in Alexandria, VA withdrew all of the cash from our our joint checking account (perhaps they guessed the pin or maybe that data was also lifted by the card reader?). Then they tried to use our stolen information at a UPS store for a money order but thankfully that got declined. I called the bank right away when I got an alert from the bank that our checking was below the limit. They refunded us the money the next day and did a few weeks of ‘investigation’ to make sure we weren’t making the story up (my husband had the card in his possession so the card itself wasn’t stolen or used). We changed passwords and pins and learned the hard way never to use debit cards or pay at the pump with a card!”

“My neighbors recently had their identities stolen via their use of PayPal so they had to cancel and get new cards for every card they had attached on their PayPal account since many had been used by the perpetrator! Further, they received hard proof of the crime when they received more than $2,000 in sex toys delivered to their home! Apparently, the thief forgot to update the address to their own home when placing this crazy order. PayPal and their bank suggested they not open any boxes received in error and return them all which required a lot of extra time on their part. My neighbors said PayPal was very helpful. At one point a PayPal rep asked her to describe the problem. She said just pull up the order, look at the pictures, and know that I am an 82-year-old woman. The man on the other end said “Oh my God. We will fix this.”

If you want to hear some more identity theft stories, check out this Buzzfeed video.

As you can see from these identity theft examples, your identity can be stolen in many different ways, and it doesn’t always have to be a stranger that’s the culprit. These identity theft stories are a reminder of how important it is to take steps to prevent id theft.

The good news is we have a comprehensive comparison of ID theft protection services that you can check out now to start protecting your identity.

Learn more about why it happens, and what to do if you have it happens to you:

Do You Have an ID Theft Story?

As you can see, identity theft can be a harrowing experience. It doesn’t matter how small or big your id theft scare was. A common one, such as having a fraudulent charge on your credit card, is sometimes the beginning of a larger problem. Learn how to report identity theft and stop the leak of your personal information before it’s too late.

Curious about how widespread a problem identity theft is? It’s currently the number one consumer complaint to the FTC. And did you know there are 19 new victims every minute?

Check out our identity theft statistics article for more on who and what is most vulnerable, as well as some insight into areas of id theft you may not have anticipated (medical id theft, for example, is on the rise). 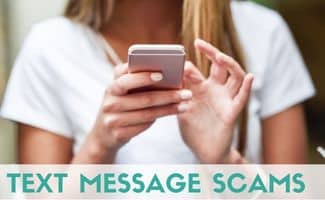